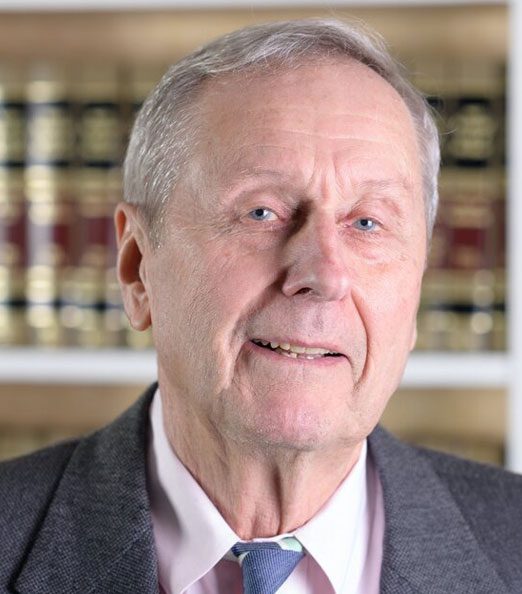 Principal Member the Honorable G. Darrell Russell, Jr., Retired, became a member of the firm in January, 2012, following his retirement from the District Court of Maryland.

During his twenty-one years of service as a judge, he was a member of the Executive Committee, the Civil Law and Procedures Committee, the Public Awareness Committee, the Maryland Judicial Conference, and the Circuit Court and State Law Libraries Study Committees.

Prior to his judicial appointment, Darrell Russell served as an Assistant Attorney General for the State of Maryland, as an Adjunct Faculty Member at Loyola College and Towson State University, and as an Assistant Public Defender for Baltimore County. He is a published author of three books: Lincoln and Kennedy Looked at Kindly Together (1972); Hotbed for Hybrids: Lacrosse and Soccer in Baltimore (1978); and Commoner to Royalty: A Judicial Journal (2015). He is a former triathlete and served as Loyola College Lacrosse and Cross Country coach while a young lawyer. He is a member of the St. Thomas More Society, the Hibernians, the Towson YMCA, the Towson Elks, the Loyola Greyhound Club, and the Towson American Legion. A native of Annapolis, Maryland, he is a graduate of Loyola High School, Loyola College, and the University of Baltimore School of Law. He also has a Master’s Degree from Towson University in Liberal Arts.

At Parker, Pallett, Slezak & Russell, Darrell Russell handles most of the firm’s Criminal and Traffic Defense, as well as some Personal Injury work. He was made a Principal Member of the firm in January of 2013.